YouTube vs Tiktok | Which Social Platform is Best for Social Influences ?

YouTube vs Tiktok | Which Social Platform is Best for Social Influences ?

Home > Blog > YouTube vs Tiktok | Which Social Platform is Best for Social Influences ? Posted By : Prashant Category : What is Trending Date : 18 May 2020 minutes read Share

Well, If we talk about the current scenario we are very much aware about these two social media platforms. Perception of every individual is very  different regarding these like if we see as normal user then these are only meant for entertainment purposesor for gaining knowledge, on the other side if see as business then it is can alsobe used for marketing purposes as now video Marketing is playing a major role in marketing and spreading awareness.

Nowadays it is rare to find who is not aware of these platforms as the videos available are so engaging. So, before stating which is better between these two let’s take the overview about these platforms.

TikTok is one of fastest and  the widely used social media platform in the world which is owned by ByteDance with almost 800 million users which contains a mix of short dance, mimicry, lip-sync , life hacks and talent videos of duration of 15 seconds and many crazy filters due to which  its addiction is increasing rapidly among all and thus became one of the most downloaded application. Due to its phenomenal growth, TikTok is giving a tough competition to existing social media platforms like Instagram, YouTube, Facebook and became one of the most downloaded application in the world. Well, now lets have a look on the latest figures of TikTok.

TikTok  have reached almost 800 millions of its active users in which maximum number of users are from India. Hence getting a batch of popular creator and having millions of followers is comparatively easy task than on YouTube. 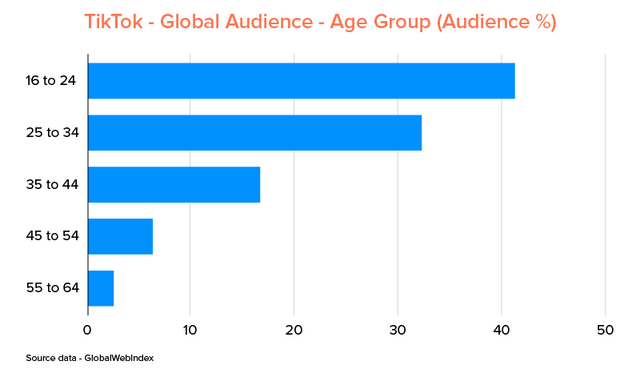 Now coming to YouTube, as we all know it is one of the most famed social media platform and also became the second largest search engine in the world. This platform provides users to watch new videos,create their own channel and upload videos, and also to like, comment and share on those videos. User can access various types of videos like songs, series, movies, vlogging, various courses, Stand-up comedies, yoga, sports, unboxing videos of latest gadgets and many more. Aside from these videos nowadays marketers are also using this platform to market their brand by targeting huge audience at a single time. 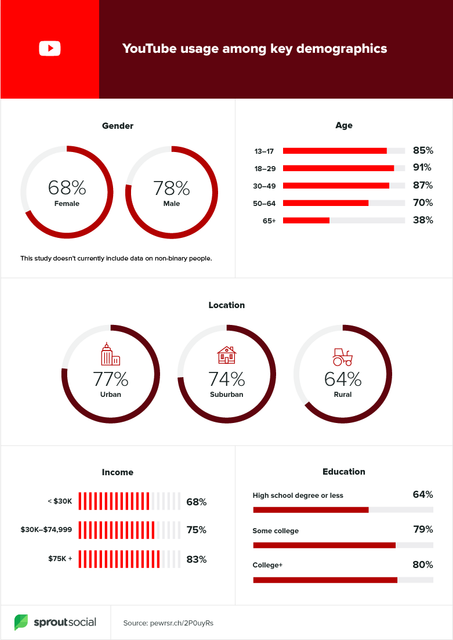 Well, now let’ have a look on the demographics :

Ultimately, the platform you choose  for your entertainment purpose is your choice , whichever you choose is your decision but one thing that is common is that the videos that are more entertaining and enjoyable gets more views.Nobody can deny to this fact that YouTube is the  most popular social media platform because the content is unique and original and has no boundation upon the length of the videos thus provides an effective medium to deliver message.

Now coming to most burning topic on the internet:

So, this is the not just a phrase, nowadays it has taken a face of online war which has now moved outside the internet and reached to the court of law also it actually makes it a civil war.This cold war was started by a famous youtuber Elvish Yadav in his vlogging channel where he uploaded a video in which he roasted tiktokers by saying that the content of the TikTok as cringe. 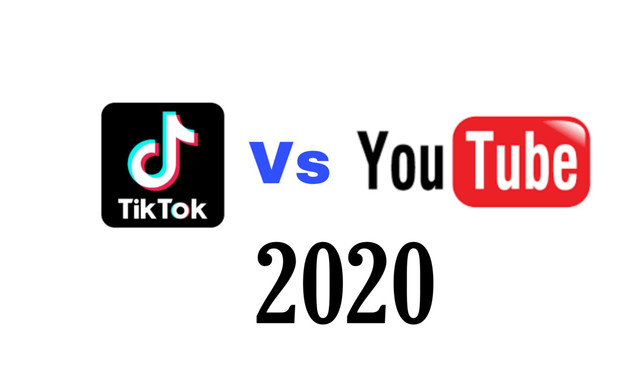 Later to this ,reply came from a tiktoker Amir Siddiqui in which he targeted whole YouTube community and rosted them by saying that youtubers copy their content and mentioned their content as original and  gave direct competition to the YouTubers so one of the very famous tiktoker MR. Faisu posted a video on youtube but it  worked negatively for him and the video got around 2 lac likes and around 1.5 million dislikes  after  which the  famous  YouTube roaster CARRYMINATI real name Ajay nagar  came forward with his video named "YOUTUBE VS TIKTOK- The end"  which actually worked as its title and  took it to the end  and   carryminati's this  video    became the  most viewed  non music video  of the country  and earned 5 million subscribers because of that video and people  supported him  that could have made  new records   and heights of success but the fans of tiktok got so offended that they reported the video in a large number so the youbtube removed that video from the platform and  as per some rumours  some legal proceedings  are also being carried out  lets see where it goes and whether the carryminati's video comes back or not. So these question will be answered in our next blog stay connected, Stay tuned.